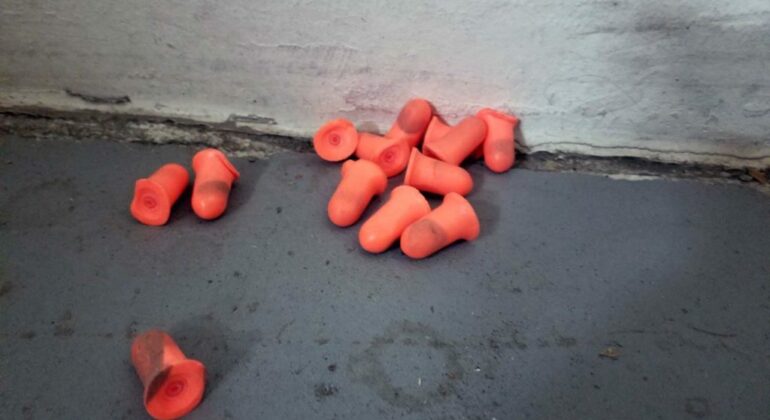 Written by readymaxJanuary 10, 2020
Foreign object debris (F.O.D.) is any object, material or substance in a place that it is not supposed to be creating a condition that can cause damage to individuals or equipment.  Foreign Object Damage (also FOD) is the damage caused by Foreign Object Debris.  While the term ‘FOD’ is most closely associated with the Aerospace industry, it also is present in construction, electronics, environmental, manufacturing and transportation.  From the FAA “As defined in AC 150/5210-24, Foreign Object Debris (FOD) Management, FOD is any object, live or not, located in an inappropriate location in the airport environment that has the capacity to injure airport or air carrier personnel and damage aircraft.”

We’ve all seen litter on the freeway.  Whether a bag, piece of tire or bottle, it all can cause damage or accidents and it all is FOD.  If you have watched a NASCAR race, you’ve seen the tremendous effort by the cleanup crews to remove both debris and liquids from the track.  That FOD can cause even more accidents. In defining FOD the National Traffic Safety Board includes tools, rags, gloves, parts, pieces of broken equipment, paint chips, metal shavings, birds, and consumer products.  Whether it is being ingested in to an engine, cutting a fuel tank, or blowing out a tire, items out of place can create a serious and potentially deadly situation. The sources of FOD include personnel, the environment, airport infrastructure, support equipment, airplane parts, and other debris.

A tragic incident is the case of Air France 4590.  While departing Charles de Gaulle International Airport the Concorde ran over a piece of titanium debris from a recently departed Continental DC-10, shredding a tire and slamming rubber debris into the plane’s fuel tank. The subsequent leak and fire caused the plane to crash, killing 109 people in the plane and four people on the ground. Beyond the rare tragic incidents, the effects on airline industry are huge.  The FAA requires the absence of FOD within contained spaces in the fuselage.  Inadvertent depositing of materials can cause expensive rework to equipment, slowing down construction and the production lines of manufacturers.  In active duty aircraft FOD causes accidents and damage resulting in significant rework or replacement.  Whether it is items ingested in to engines or broken equipment that damages tires, these pose potential safety issues and are scrupulously monitored by airlines.

The replacement cost of a single 737 engine is in the $6-7 million range. Most of the damage occurs on runways, taxiways and aprons.  Lighter damage can lead to flight delays.  More serious issues will keep planes out of service and in need of more expensive repair and rework.  A plane out of service has large downstream effects including lost productivity from flight delays, missed connections and canceled flights.  The FAA estimates that the total costs of FOD to the airline industry exceed $4 billion annually.

On aircraft carriers, prior to beginning flight operations, crews regularly do a shoulder to shoulder sweep of the flight deck to remove all debris.  With safety and reliability at a premium, they ensure that FOD is eliminated.  Military and civilian ground crews regularly check and remove FOD from runways, taxiways and aprons. There are measures that can be taken to reduce if not eliminate FOD. Training should engrain in workers awareness and attention to FOD.  When working in an area keep track of tools, parts, PPE and waste materials.  Tethering gear and equipment helps to keep it organized and prevent FOD.  Create checklists of items and verify that all items are accounted for.  Signage should be prominently placed in critical areas so that the awareness is reinforced.  See an issue, correct and/or report it.

How to Choose the Right Face Mask